Claire and I were just chatting about our roots and the current awfulness in the Ukraine (some of my precious Grandpa Artie's - my father John's Dad - people apparently hailed from the Ukraine which I didn't know until last summer when cousin Sue told me).

Ten minutes later, we have genetic tests ordered from Amazon for Claire, myself, and Chloe (because we think lab-shepherd-husky is accurate but who knows with her either?).

One of my core memories of Mom: It was the end of 1999 and I called Pat to tell her we'd adopted an 8-lb girl puppy.

"What breed is she?"

Me: Mandy's just a mutt.

I'm sure I've said this before, but the most profound thing my mother ever said: "Aren't we all?'

I think about her question all the time and couldn't agree more.

Went to dinner with my two weirdos 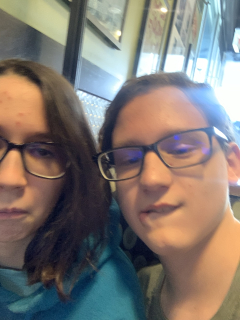 This was taken and approved by Claire and Dave, haha. Yes, Dave is biting his lip. Where did I get these guys? 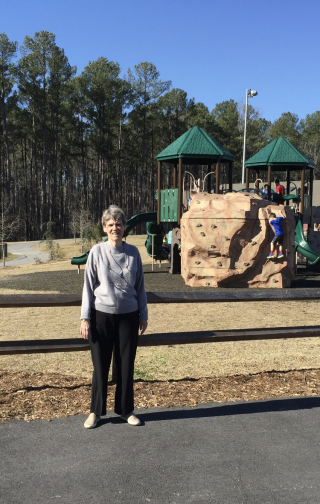 I didn’t realize how neglected the blog has been!

The good news is I have content for days and days!

I worked Friday evening after work, all day Saturday, and a half day today. This was the most productive weekend I’ve had ever. Grading and planning is caught up, at least for the moment. That said, I’m kind of scared.

Looking into the next five days of middle school craziness coming up like 👀.

Keep thinking something has to give, but it doesn’t. I’ve covered so many “split rosters” this year where we watch each other’s kids while someone else is out. Tomorrow, I’m going to my checkup. Heaven knows I need my blood pressure medication refill with all of these (atypical) middle school behaviors!